At SoulBounce, we try to stay out of these topics as much as possible, but the current climate of urban music and popular culture have proven there's an issue that cannot be denied or glazed over. Via my handy-dandy Google Alerts, I came across this:

(New York): Black Bloggers have united to battle mainstream music and entertainment fat-cats who profit off the stereotypical, sexist, and racist exploitation of African American people. Their main targets are Black Entertainment Television (BET), who they call 'Black Exploitation Television', and gangsta rappers such as 50cent, Snoop Dog, The Game, and Cam'ron. These artists produce music bloggers have branded 'gangsta crap'.

Gangsta rap regularly glorifies sexism, the n-word, profanities, violence, drug use and dealing, sexism, and the dehumanization of Black men and women. Gangsta rap videos and stereotype-filled shows are the programming staples of BET. "BET and hip hop have gone down hill. They were once inspirations. Now they purvey some of the most harmful anti-Black sentiments you will ever see or hear, and this has become a representation of mainstream Black culture," says Bronze Trinity of the Afrosphere Bloggers Association (ABA). ABA is coordinating the Afrosphere Accurate Images campaign against BET and gangsta rap.

This isn't necessarily "news", but yes, we're watching, and so should you.


TAGS:  bet
Previous: Chaka Khan – Will You Love Me? Next: ‘Electric Circus’ Was Good. Really! 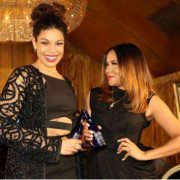