Hey, Grammy! Did You Forget About John Legend? 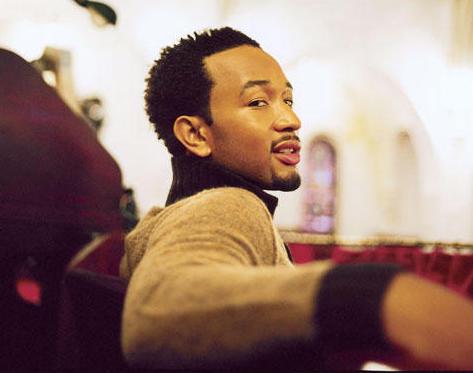 Let it be known that John Legend doesn't want for any Grammy Awards. His arms are chock full with the five that he's already won, you know? However, it must be said that the Grammy Awards got it wrong by leaving his name off of this year's nominee list. Although his sophomore CD, Once Again, didn't match the runaway success of his debut, Get Lifted, it was a solid album from Legend with a gang of good songs to boot.

Oddly enough one of those songs, "Heaven," was nominated for and won the Grammy for Best Male R&B Vocal Performance at last year's ceremony. Which makes all of no sense because it wasn't the first single from Once Again, nor was the album even released during the eligibility period for last year's honorees. Confused yet? That makes two of us.

In spite of that eyebrow-raiser, it is a travesty that Once Again wasn't nominated for Best Contemporary R&B this year when Konvicted by Akon was. It would be laughable that Legend got passed over for a non-singer such as Akon if weren't so sad. What's next "Crank Dat (Soulja Boy)" getting nominated for Best Rap Song? Oh, wait, never mind. Clearly the Grammy Awards got jokes...or are jokes. You be the judge.