Al Green and ?uestlove Got Some Hot-Buttered Grits for the Ears 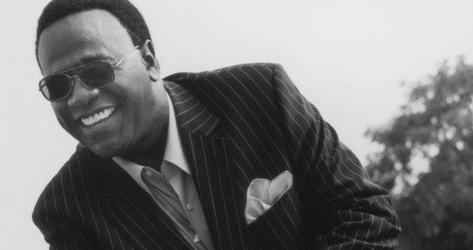 ?uestlove has an old soul. The same man that somehow flipped Pharrell's overlooked In My Mind into a shelved, organic masterpiece has been working on the new Al Green album for three years.

"It's been putting gray hair in my afro," 'Love laughed. "I'm not producing, I'm reducing it. I'm trying to take him back to 1974 -- very dry, very dirty, very grassroots sound. One of the biggest mistakes of modern technology, it doesn't sound gritty, doesn't sound raw. A lot of the favorite records we sample from today, those were recorded in studios that were very lackluster. Those weren't the best studios in the world. Pretty much, I want this album to sound very cheap, very dirty ... the vibe the Amy Winehouse album gave you. More than just the song, the creative aspect. I wanted the engineering to feel like it was made 30 years ago." [MTV]

"Thought it Out"  succeeds, coming off like a jam session in the church cellar. Part of me thinks this is a hoax, and the song was recorded 30 years ago.

Al Green: "Thought it Out"