Raheen DeVaughn’s ‘Love Behind the Melody’ Cover Art And Tracklist 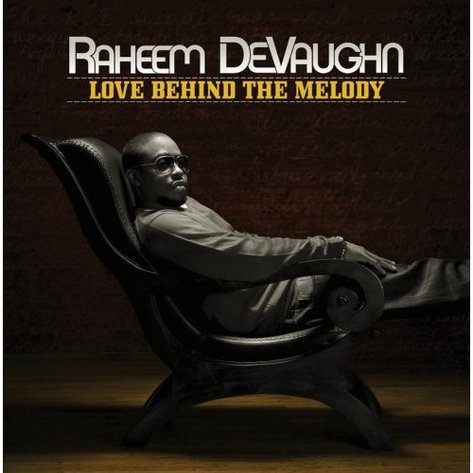 After too many delays to count, it looks as if Raheem DeVaughn's sophomore disc, Love Behind the Melody, is definitely going to be released on January 15, 2008, and we have the cover art and tracklist to prove it--or at least give people hope. The subdued, grown and sexy album cover is a departure from the colorful cover art of The Love Experience, and, also unlike his debut disc, he has a couple of guest appearances this time around from Big Boi and Floetry. The tracklisting has piqued my interest with a few eyebrow-raising song titles and the inclusion of a handful of tracks that I've previously heard in concert. So far what I've heard has been solid, and I can't wait to enjoy the rest of this album.

Love Behind the Melody Tracklist:

5. Friday (Shut The Club Down)

Being the mixtape king that he is, Raheem has some delicious musical treats on his MySpace page from his newest mixtape that should hold us over until next month. Bounce on over there to download the tracks while you can. Here's my personal favorite:


TAGS:  audio, raheem devaughn
Previous: Diggin’ In The Crates: Remember When Hootie Tried Neo-Soul? Next: Vikter Duplaix, Emily King and Ledisi are Up For Grammy Awards!