We focus on alot of soul artists on Soul Bounce, and previously Nova gave his top picks of this year which included soul & hip hop artists. I figured I'd focus on something a bit different but just as worthy of recognition. Hence, these are my Top 10 Alternative Tracks of this year. What constitutes "alternative"? For the purposes of this discussion, let's just agree that "alternative" encompasses all that music which you love but can't define, nor can mainstream radio define.

These are in no discernable order:

1. J*Davey feat. Kardinal Offishall: "Dancehall"
I must pay homage to my Jamaican roots and give this site a little reggae flavor in the form of LA's own J*Davey with T-Dot's own Kardinal Offishall. I initially was a bit skeptic of this track, but it's quite the banger, especially in dimly-lit rooms with rum punch cocktails.
[WWW] [SB]

2. Mos Def: "U R The One"
It's Black Dante lamenting about the end of a relationship with one of his baby mommas. But instead of sounding angry and vengeful, it's sweet and honest. Kind of like Marvin Gaye's Here My Dear without the spite.
[WWW] [SB]
3. A Race of Angels: "We"
Another L.A. band whose sound I love. I've been rocking their sons since this summer's release of From L.A. With Love compilation album. This song is perfect for rainy days and staying under the covers. Plus, it's sexual subversiveness is seductively sweet. How's that for like that alliteration?
[WWW] [SB]

4. J*Davey: "Sloow"
So maybe you've figured that I'm president, vice president, and treasurer for the unofficial J*Davey fan club. You would be right. But if your 2007 has gone by and you haven't heard this track, here's your chance to get caught up. It's sort of radio-friendly, and quite catchy which isn't always the case with this group.

5. Santogold: "You'll Find A Way" (Switch & Graeme Sinden Remix)
I'm a bit late jumping on the Santogold wagon. Although many have compared her to M.I.A. (who I really don't care for...sorry), Santogold reps for all us private-school educated, hard-rock, punk, fly girls who still prefer trunk gold jewelry to demure diamond studs. Kind of like me.
[WWW] [SB]

6. Musinah: "Once Again"
This is my absolute favorite stumbled-upon sleeper artist. Muhsinah and Georgia Anne Muldrow may have similar hairstyles and sounds, but Muhsinah seems a bit more soulful to me and less electronic than Muldrow can sometimes be. Her album is especially refreshing in the sea of half-naked pop tarts and expensive rehab escapees. This is my favorite from her debut album, but the other songs are a close second.
[WWW] [SB]

7. Meshell Ndegeocello "Lovely Lovely"
I feel like such an a**h**e for not listening to this sooner since Meshell is, like, my girl. And as the queen of grrrl power (even over Erykah...discuss), I love absolutely everything she has ever done. Although Comfort Woman still hasn't left my headphones since it was released, her latest, The World Has Made Me The Man of My Dreams, is like a fine wine that gets richer with time. Too bad most stuff on the radio these days is like drinking an "Incredible Hulk" after not having eaten all day. Blech!
[WWW] [SB]

8. Yesterday's New Quintet: "Summer Suite"
Madlib has been getting his due in underground circles for years as a hip hop producer, and has christened himself "The Beat Konducta." Madlib's skills on the instrumental jazz tip have been showcased on the YNQ albums, including this release from this year. It's forty minutes of Summer love, and even includes his cover of the seminal Kool & The Gang classic "Summer Madness." Love it.
[WWW] [SB] [iTunes]

9. Vikter Duplaix: "Make A Baby"
This track reminds me of why I moved to Philly some years ago. The musical outpouring that Philadelphia has been producing is legendary (Hall & Oates, Teddy Pendergrass, Jill Scott, Musiq). The Philly sound, characterized by smooth and soulful melodies that are warm like brandy (not Hennessey though) is showcased well on this track which has been nominated for a Grammy.
[WWW] [SB]

When I first heard this song mentioned on Part Time Heroes' podcast, I listened to it (no lie) TEN TIMES before my ears just gave up and started bleeding. I still love this remix and it's so reminiscent of that London Acid Jazz sound that has been with us for the past 15-plus years. I dare you to not start two-stepping to this song. Oh, and here's to The Heritage Orchestra's debut on Soul Bounce who you'll likely be hearing of again real soon. Yay!
[WWW] [iTunes]
Any music not included in this playlist (items 8 & 10) can be found in the iTunes links above. And feel free to agree or disagree in the comments section. 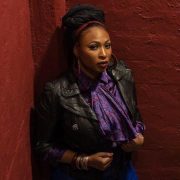 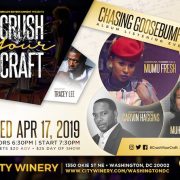