Better Fetch the Apple Core From the Recycle Bin 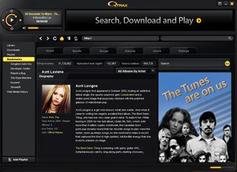 8 hours. 8 hours from midnight last night. That's how long it took for the highly anticipated music industry revolution to come to a grinding halt. Only 8 hours after Qtrax, the first free, purportedly legal, peer-to-peer system for the file sharing of .mp3s launched with the reported blessing of the 4 major labels and a swank catalog of only 25 million tracks, was it announced that their math was just a little bit off. Now I suck at all things mathematical (excluding my paychecks) but this I can take a stab at:

If you divide 25 million tracks among 4 labels - accounting for about 75% of all recorded, copyrighted music in existence - that would equal about 6.2 million tracks per label, give or take. Now if you subtract the permission of all 4 labels, and all the music they own, then that would leave Qtrax with a catalog of about 0 tracks. Someone calculate and feel free to comment and correct me if I'm wrong.

According to Sony, Warner, and Universal, there were never any formal
contracts established between them and Qtrax. And EMI said Qtrax had a
deal with their songwriting unit but not with their recorded-music
division. The back-story around the web is that there were contracts
with all 4 labels when Qtrax was testing out a paid download service
but those contracts expired last year along with the paid aspect of the
service. So where does Qtrax stand as of now? With a "very healthy
amount of songs [from major and indie labels]", according to a company
receptionist, and a software program that is coincidentally
malfunctioning and unable to provide downloads at the moment.


So, in other words, all the music pirates in search of.mp3s will just
have to resume acquiring them the old-fashioned way: illegally (and
freely).

Earlier: The Bite in the Apple Is About To Get Bigger

Morning Soul: With a BOOM! 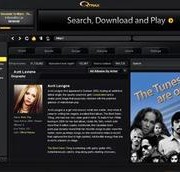 The Bite in the Apple Is About To Get Bigger