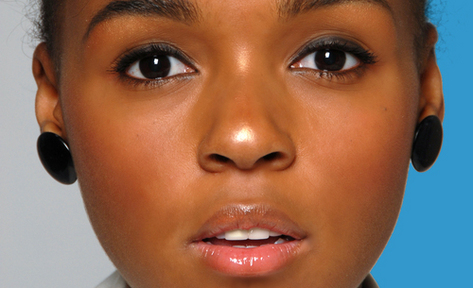 Bad Boy Records doesn't exactly have a noted history of nurturing and producing some of the most talented, creative artists in the industry, especially when it comes to R&B. Occasionally, they've struck Gold and Platinum while producing some quality, borderline classic records. Faith Evans' soulful track record only became flawed once she abandoned ship. 112 and Total both managed to provide soulfully brazen counterparts to the bubblegum boom of the 90s and early 00s. And Carl Thomas provided a refreshing respite from the oversexed, overproduced R&B thugs polluting the airwaves. But artists like those came few and far in-between Diddy's numerous ill-fated attempts at signing hip-hop's next savior (Black Rob, Shyne, Loon, etc.), his manufacturing of R&B generics (Mario Winans, Cheri Dennis, the best-forgotten New Edition reunion), his pitiful attempts at top-40 crossover (Dream, Cassie, Jordan McCoy [provisionally pitiful]), and his embarrassing foray into reality TV (Da Band, Danity Kane [guilty pleasure], 826 Boys).

So what exactly is a, let's say liberal, CEO like Sean Combs going to do with a futuristic rock & roller dissatisfied with the current state of the industry, deems record consumers too ADD-stricken and pleasure-driven to appreciate quality music, and has, after visiting the future, opted to package and release her music in a more economical (for the producer) yet more expensive (for the consumer) manner as volumes of 5 tracks compared to a standard 10-12 track LP? Not to mention having a style and sound of music that is pleasantly indefinable and would have difficulty acquiring any level of playlist comfort on any dominant radio format. At any rate, 2008 will be the year to find out as Janelle Monae, who surprisingly fits the aforementioned description, has inked herself a major label record deal with none other than Bad Boy Records.

How an artist of Ms. Monae's caliber will fit in with such a diverse roster, as well as how much creative control will have to be compromised in order to maintain Bad Boy's level of mainstream marketability will be interesting events to watch unfold. But hopefully instead of this being a sign that the alternative generation is slowly submitting themselves to conformity in exchange for mainstream acceptance, it's more of a small sign that Bad Boy Records is slowly evolving and their latter will very well wind up being greater than their first.

Yes, we can dream. It's what Dr. King would have wanted.