So Tells Us: Is Keyshia Cole The Next Mary J. Blige? 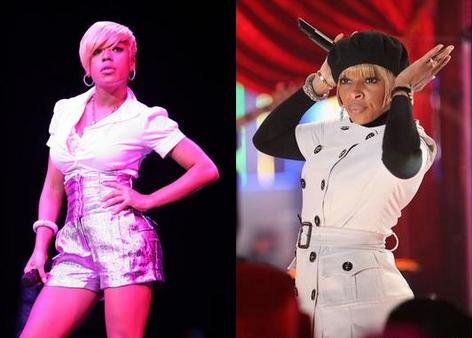 Much has been said about Keyshia Cole being the next Mary J. Blige, but I couldn't disagree more. Despite Keyshia playing dress up in Mary J.'s closet and wearing her old wigs, these two are on totally different levels. Yes, Keyshia is a relative new jack and MJB is a seasoned professional, but even looking back on Mary's career to when she first came out, there's no comparison. In short, Mary J. Blige > Keyshia Cole.

I'd like to point out a few key areas where KC and MJB differ to make my point:

In time Keyshia Cole may evolve as an artist and grow as a person, but she's not there yet. Keyshia has her own lane, but Mary J. Blige owns the road.