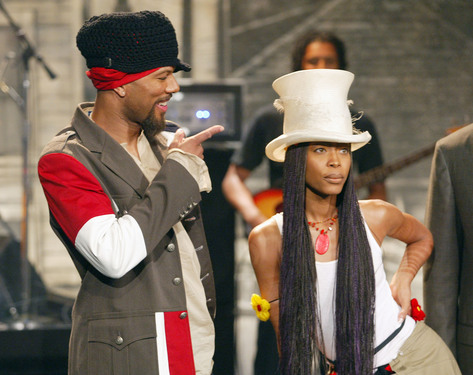 Not to sound like a cliché, but when Common and Erykah Badu were a couple, they made some very beautiful music together. "Love of My Life (An Ode to Hip Hop)" was their best-known collaboration but our boy J Dilla (who is shouted on Badu's "Healer") blessed Com and Badu with some fly remixes to "The Light" and "Come Close".

The remix to "The Light" sees Erykah taking over for Bobby Caldwell and, considering the context, comes across as more of a romantic duet. But the "Come Close" remix brings in Pharrell Williams and Q-Tip and elevates the track to a chill posse cut. Common switched up his original rap to let the crochet haters know that he's down for his woman like four flats. Both of these tracks are bananas.