Common is Good at Upholding Contracts 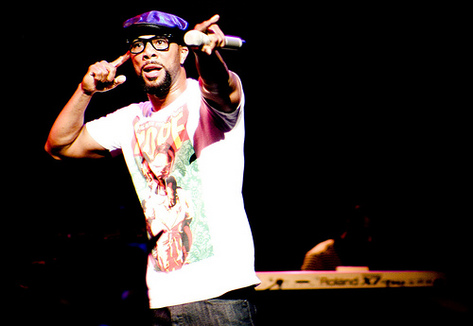 Common, who recently rocked a show in New Orleans over All-Star Weekend, is dropping albums at a steady clip. He's eying November as the potential release date of The Believer, which he hopes will involve The Neptunes, Just Blaze (who worked on a remix of "The Light" for the Smirnoff Signature Mix Series), and of course Kanye West. "I'm just getting in the mode. I been touring a lot and been working on verses here and there. Now, I'm starting to get focused on the album, letting it take its shape. And at the same time [I'll] be working on films, God willing." One of those films is the Justice League movie, which may or may not happen depending on the climate of the re-formed relationship between the WGA and the studios, as well as Street Kings and Wanted. Dude is mad busy, yo!