Etta James On Beyoncé Casting: ‘She’s going to have a hill to climb’ 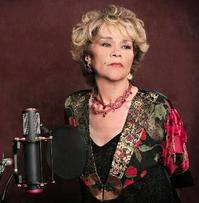 It seems as if a lot of SoulBouncers are giving the news of Beyoncé being cast as Etta James the serious side-eye. Can't say that I blame folks, but I'm willing to give Bey the benefit of the doubt. For now. Etta James herself sounds as if she's taking the same approach. Ms. James talked to PageSix.com about the hottest chick in the game and she had a few choice quotes that deserve a closer look.

Etta on Beyoncé: "I don't think she looks like me, but that's all right. They can fix that up," (In other words, feed that child some fatback, friend chicken, collard greens, cornbread and pound cake!)

Etta on working with Beyoncé on her vocals: "I kinda have a man's voice. It's a contralto, more bluesy, religious. I would really like to work with her on that." (Translation: I will beat her like she stole something if she messes up my "At Last.")

Etta on Beyoncé's background versus hers:
"I wasn't as bourgie as she is, she's bourgeois. She knows how to be a
lady, she's like a model. I wasn't like that...I smoked in the
bathroom in school, I was kinda arrogant, so those are some of the
things I would want to tell her." (Beyoncé bourgeois? Etta's a comedian, too.)

For all of Etta's quotes in their proper context, check out PageSix.com.