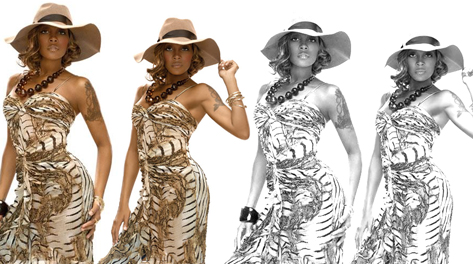 Remember the sweet, young, sassy Monica that wasn't singing about "Sideline Hoes"? Good times. Since I use this space to invoke the '90s as often as possible, it'd be irresponsible of me not to dig in the crates for some of her older joints. First up is the fairly popular Pete Rock remix of her third single "Before You Walk Out My Life". There's probably about a thousand samples playing the background that I can't identify, but I think I hear Lou Donaldson's "Who's Makin' Love" and Kool & The Gang's "Summer Madness". Stylus and ill Mami can fill in the rest of those blanks.

Monica: "Before You Walk Out My Life (Pete Rock Remix)"

Second is the SoSo Def remix of "The First Night" featuring rap vocals by Jermaine Dupri and The R.O.C. (Whatever happened to him?) There's some definite bounce-factor here, but I prefer the Diana Ross sample JD used in the original. What say you?