Behind the Groove with Eric Roberson 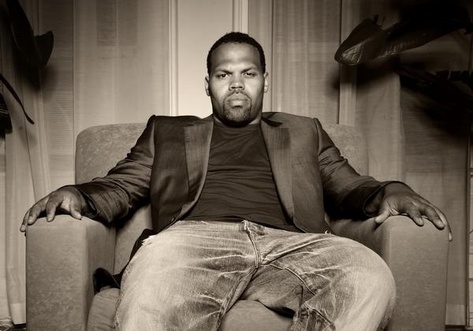 What better way to celebrate our 1000th post than with an interview with one of SoulBounce's favorite artists, Eric Roberson!

After grinding in the music biz for years, Eric Roberson is enjoying his time in the sun with his critically-acclaimed and crowd-pleasing album Left. One year after its release, it is still moving units and finding its way to new listeners thanks to his national exposure on Michael Baisden's syndicated radio show and his TV One series Basiden After Dark. But Erro isn't letting this success go to his head. He remains humble and thankful for all of his many blessings.

Despite his mean-mugging in the above photo, as you'll hear in the interview, Eric has a ripe sense of humor. Check us out as we laugh it up and chat about the success of Left, the new music that he's working on, advice for independent artists, an upcoming collaboration with Ledisi, turning in his player card, and his boys, the New York Giants.

Now excuse me while I pass around the Champipple here at SBHQ to toast the occasion and Eric Roberson.

Behind the Groove with Eric Roberson [download/subscribe]

*Music from Left played during interview: "Music" and "Right Or Wrong."