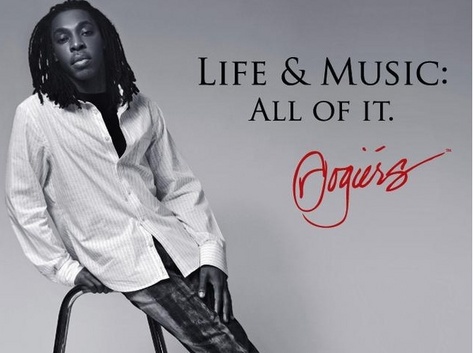 Rogiérs
is an artist whose name you may not know, but it's very likely that you've heard his work at some point before. The Caribbean-born artist has graced stages with Alicia Keys, as well as appearing on Platinum Pied Pipers remake of "50 Ways To Leave Your Lover." Now that he has launched his own record label and new album, Rogiérs will be making more of an impact on the ears of those who know what good soul music is. His debut album, Life & Music: All Of It, features SoulBounce fave Bilal Oliver and is hopefully the beginning of Rogiérs' name on everyone's lips. His current single, "Whatever I Gotta Do," sounds reminiscent of Carl Thomas,  but make sure to check out his album which features a more diverse sound.  Also be sure to check out Rogiérs on ProjectVibe radio today at 4PM EST to get a dose of more soulful tracks from the new album.

Rogiérs: "Whatever I Gotta Do"


TAGS:  audio, carl thomas, rogiers
Previous: The Wait is Over for Darien Brockington Fans Next: Santogold Is One Of ‘Les Artistes’ In New Video