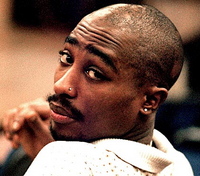 The big story in the news today is the revealing of a lengthy investigation by the LA Times establishing the events and details of the Quad Studios shooting of Tupac Shakur in 1994. In the article, it is alleged that Sean Combs a/k/a Diddy had knowledge of the ambush on Shakur, leaving him beaten, robbed of a $40,000 chain, and riddled with five bullets. The story specifically implicates Jacques Agnant, James Rosemond, and a new accomplice, James Sabatino. But first, a quick backstory: Agnant and Rosemond, plotted to rob and beat Shakur at a  studio session designed to lure him there so he could get jumped. This was their attempt to punish Shakur for not taking them up on their business offers. The offers included Tupac being offered to join the newly formed Bad Boy Records and also to have them represent Shakur as his managers. Enter Sabatino, an heir of the Colombo crime family and now in jail for charging money to fake credit cards on behalf of Bad Boy Records in 1997. According to an FBI informant, Sabatino and Agnant, who also was arrested for the rape that sent Tupac to jail in 1994, both planned the assault. According to the article, all three men hoped the attack on Shakur would ultimately gain the favor of Combs.

As is to be expected, the implicated Combs is denying everything. Furthermore, Combs is claiming that, "Neither Biggie nor I had any knowledge of any attack before, during or after it happened." Both Voletta Wallace and Faith Evans have both gone on record that they stood by their son and husband, respectively after news surfaced that implicated Biggie in the shooting of Tupac, this time in Las Vegas in 1997. In 2002, Chuck Phillips, the LA Times writer who wrote today's bombshell, also wrote the LA Times artcle alleging that the L.A. Crips gang and Biggie were instrumental on the 1997 fatal shooting of Shakur in Las Vegas.

The LA Times article did reveal something that was particularly interesting, and offered some sense of closure regarding one particular item. After Tupac was shot at Quad City, rumors abound as to who was responsible. At the time, a rumor (or so was thought) was circulating stating that after being shot five times, beaten, and basically left for dead, Tupac went back upstairs to the recording studio and rolled a blunt. I thought this was a case of superhero-like powers being bestowed upon a beloved rapper simply because he happened to be a victim of his own celebrity. According to the Times, however, Tupac not only did this amazing feat, but "then he phoned his girlfriend, who contacted his mother, former Black Panther Afeni Shakur." Wow. Paramedics then arrived soon after the blunt had been smoked, having been called by Andre Harrell according to the Times article.
With regards to this bombshell of an article, really, what else is new? When the news dropped that Tupac had been shot in New York City and far from home, everyone and their mama had an opinion about it. And furthermore, isn't this what Tupac has been claiming all along? In "Against All Odds" from Tupac's posthumously released The Don Killuminati: The 7 Day Theory, he rhymes,

I heard he was light skinned, stocky with a Haitian accent/
Jewelery, fast cars and he's known for flashing (What's his name???)/
Listen while I take you back (N*GGA SAY HIS NAME!) and lace this rap/

A real live tale about a snitch named Haitian Jack/
Knew he was workin for the feds, same crime, different trials/
N*gga, picture what he said, and did I mention/
Promised a payback, Jimmy Henchman, in due time/
I know you b*tch n*ggas is listenin, The World Is Mine/
Set me up, wet me up, n*ggas stuck me up/
Heard the guns bust but you tricks never shut me up

Just as Phillips reveals that Jacques "Haitian Jack" Agnant and James "Jimmy Henchman" Rosemond had set up the fake studio session at Quad Studios in an attempt to lure Shakur, Tupac very clearly gave his interpretation of the events of that fateful night.
There have been no arrests made, and, despite lengthy investigations by both the FBI and the LA Times, no closure has been attained. Two men have been slain, leaving loved ones hanging in the balance as to where to hang their feelings of grief and loss. So again, I must ask, is this information new? And if it is new, to whom is this news? Very likely not the typical demographic reading the LA Times.
"An Attack On Shakur Launched A Hip Hop War" [LAT]
"Sean 'Diddy' Combs Vehemently Denies LA Times Allegations" [AHH] 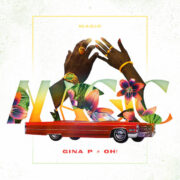 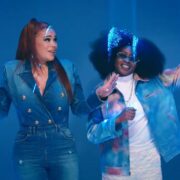 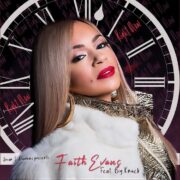