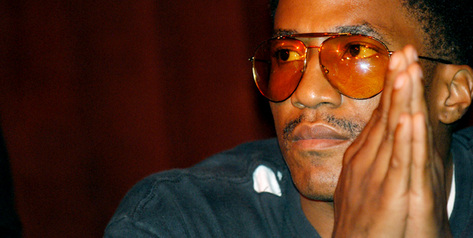 It's with a heavy heart that I report that, unlike KRS-One's "Criminal Minded '08" and Common's "The Light '08", Q-Tip's entry into the Smirnoff Signature Mix series doesn't even begin to hold it's own against the original from which it was borne. There's no bigger stan of Q-Tip editing this site than me and the song is dope as far as Q-Tip songs go. However, Cool & Dre's synth-heavy instrumentation nearly drowns out the vocals. The ATCQ original is included here as a bonus for evaluation purposes. Hear how clear Tip sounds and how minimal the beat is without sacrificing it's nod-factor. I'd call this one a downgrade. After the bounce, check out footage of the artists performing the remakes, courtesy of RTNY. [Photo: MTV/Getty]