‘What’s Going On’ With Marsha Ambrosius And The Game? 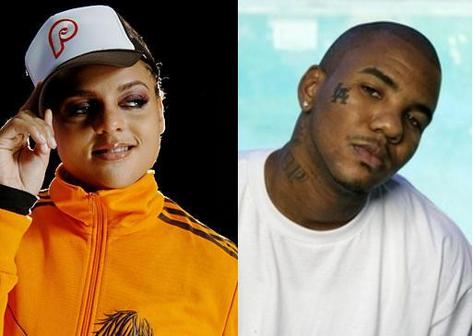 I've been giving Marsha Ambrosius the side-eye for a minute after that tragic Neo Soul Is Dead mixtape that she dropped last November. However, she is slowly but surely working her way back into my good graces. First, she laid the vocals on Common's pure fire "The Light '08 (It's Love)" remake, and now she's dropped a banger of her own on us.

"What's Going On" is officially the 50-11th song to sample the Isley Brothers "Footsteps in the Dark," and it even opens with Ronnie's vocals from the chorus. Then, freshly sprung from the clink, The Game brings a West Coast vibe to the track reminiscent of Ice Cube's "Today Was A Good Day." He spits a few bars and shows love to his lady while shouting out the body parts of various soul tarts. But unlike his track "Dreams," he's somewhat tasteful in his admiration this time around. Shocking, I know.

When Marsha finally starts singing, her voice and the recycled track complement each other very well as she wonders what's going on with her ex now that they've broken up. After questioning her sanity a few months ago, I think that she's back on track with this tune. Now I'm looking forward to her solo joint.

TAGS:  audio, marsha ambrosius, the game, the isley brothers
Previous: Alicia Keys And Leona Lewis Are Cosmo Girls Next: When Faith Was Still A Bad Girl