#97: Whitney Houston ‘I Will Always Love You’ 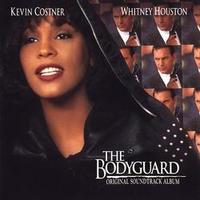 It's no exaggeration that Whitney Houston is one of the most beloved entertainers of her generation. Is it
any wonder why so many people are pulling for the embattled singer to make a comeback?
We want to see and hear the Whitney of old who could open her
mouth and shut stuff down. With Bobby Brown putting her on Front Street today we really couldn't have planned this
any better, but at #97 on our Top 100 Soul/R&B countdown is Whitney with "I Will Always Love You."


Although Whitney's debut acting performance in The Bodyguard was side-eye inducing, it was her contribution to the film's soundtrack that was most impressive. She sang six songs for the album and even had the gumption to remake Chaka Khan's "I'm Every Woman." But it was her soulful take on a warbling country song by Dolly Parton that took her career to the next level.

Whitney's "I Will Always Love You" is pure perfection. From the slow and steady acapella opening to the soaring big finish, this song is one of the greatest vocal performances ever. It broke long-standing chart records and went on to become the worldwide bestselling single by a female artist. It could be argued that Whitney was at her peak here. Will she get back there? It's doubtful, but let's look back on our girl before the love lost its shine.