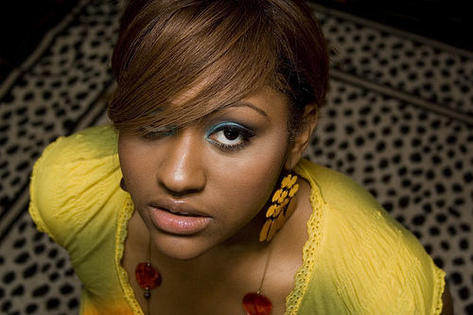 If you don't know who Jazmine Sullivan is, then it's not too late to learn. The 20-year-old former child prodigy, Showtime at the Apollo and Black Lily phenom, and songwriter behind Fantasia's "Free Yourself" and Christina Milian's "Say I" is about to blow the roof off the sucker with her long-overdue debut album coming soon on J Records. She is bringing more fiyah with the reggae-influenced first single "I Need You Bad," which showcases her powerful, pleading vocals. She sounds like Lauryn Hill and Aretha Franklin's love child here. Missy puts her stamp on the song, but her presence isn't too intrusive. I don't know if Jazmine is West Indian or not, but I got to give her props for coming correct with this dash of island spice, even down to the on-point accent during the spoken parts. This is the perfect song the warmer months ahead; expect to hear this one at a cookout near you this summer. Pull up!