Wait. Why is The Game On This Song? 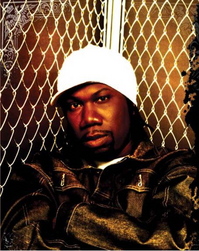 Here's the short version of KRS-One's new "Stop the Violence" track featuring Nelly (with whom Kris beefed back in the day), Talib Kweli, Busta Rhymes, Redman. Styles P, The Game, and Neyo on the hook. The full version is supposed to feature 55 (!) rap artists. I waited a
little while to post this because I wanted to see what the consensus
was on other sites, mainly because songs with a message really don't
lend themselves to repeat listens do they? Also, some of the cats
featured on this song are mad suspect, especially The Game. I champion
the intentions here, but, perhaps we can use this new "Stop the
Violence" movement (which normally just entails Black-on-Black male crime)
as a springboard to discuss other issues like, oh I don't know,
education, fatherhood, respecting our women, accepting personal
responsibility, not being wack--things like that. It'd be great if Hip Hop did that more often, wouldn't it? [H/T: 2DB]


KRS-One ft. Everybody: "Self Construction"