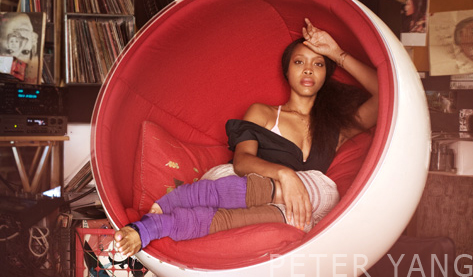 So basically an alarm goes off whenever something Erykah Badu-related hits the interwebs, if that wasn't obvious. This is one of the remixes of "Honey" produced by Seiji of Bugz in the Attic, utilizing the broken beat style he's become known for. The Funk doesn't get lost in the drums and added effects, and although the vocals have been slowed down to accommodate the new instrumentation, Badu sounds as clear as ever. I'm thinking I need to get my behind to the UK as soon as monetarily possible. [H/T: Diplo; Photo: Peter Yang]

Too much Badu on SoulBounce? That's crazy talk!