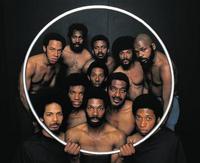 Formed in Greensboro, North Carolina
in the late '60s the group L.T.D., short for Love, Togetherness and Devotion, didn't hit their stride until the mid-'70s. The year was 1976 and the group was three albums deep into their career when a simply-titled slow jam from Love to the World solidified their position as serious players in the soul music game. "Love Ballad" marked the group's first appearance on the charts, hitting #20 on the pop rankings and topping the R&B tally for two weeks that fall. This ode to true love featured lead singer Jeffrey Osborne wrapping his rich baritone around the Skip Scarborough penned tune. To this day, the song doesn't sound dated, and it's still a rousing part of Jeffrey's live concert repertoire. I don't know about anyone else, but this track makes me want to throw a lighter up in the air and sway to the music.