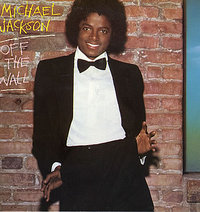 This is the Michael Jackson so many of us long for. It should come as no surprise that Stevie Wonder was involved in "I Can't Help It," a track that has seen remakes and reiterations by Davina, Mary J. Blige, and De La Soul. "I Can't Help It," in spirit, lives on sister Janet's "Can't B Good," further illustrating its relevance and gentle majesty.

There's something in the creeping bassline that kicks the song off and the simple A-B A-B scheme of the lyrics that makes the song instantly alluring. Also, there's something to be said for MJ's slow jams. Most of them to this day hold up extremely well and don't sound as dated as his uptempo tracks. Especially this one, an understated gem on an album packed with Disco burners.

Michael Jackson: "I Can't Help It"