Idle Warship to Hillary: ‘Fall Back’ 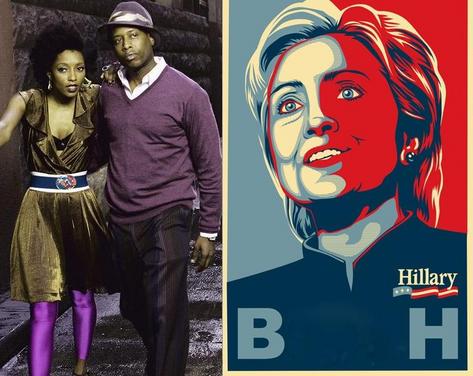 We tend not to get into politics on SoulBounce, although we have been known to Barack our bodies on occasion. But nevermind that. Talib Kweli and Res of Idle Warship have a new track, "Fall Back," that came with the poster graphic above, which has been tastefully edited for content. It's much better than their last track in my opinion. Talib verbally berates Hillary as only he can, while Chester French lets her know on the hook that she "ain't gon' win," so "just throw the towel in." Strong message, nice track.