Kanye Vs. Lupe? With Any Luck This is True 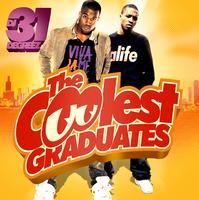 Not that we want anything to endanger the execution of the oft-mythologized CRS project, but this is too juicy not to post. According to HamptonRoads, Kanye got into it with Lupe Fiasco over a verse for the "Everyone Nose" remix, basically accusing Lulu of stealing from him.

The Neptunes were working on a remix to their single "Everyone Nose" with a verse from Lupe Fiasco. All was going fine until Kanye enters and hears Lupe's verse, which was all too similar to one he had spit not long ago. Ye lost it, accusing Lupe of stealing/finishing his verse -- and that Lupe had the opportunity when he'd looked in Kanye's rhyme book previously. Everyone in the crowded room was laughing, thinking it was a joke, but Ye continued on, basically causing a massive, Naomi-worthy row and P had to calm everything down.

Props to Pharrell for being the moderator in this scenario, what with him being accused of stealing on occasion. So that was real big of him and everything. Perhaps being surrounded by peers that also think he's crazy will cause Kanye to re-evaluate his attitude. Maybe. (Intel via Idolator)