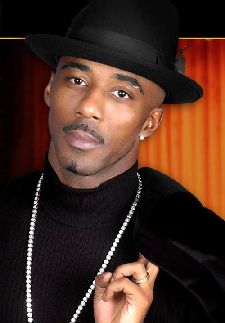 All fans of New Edition front man Ralph Tresvant, stand up! Your boy is back, and celebrating his 25th anniversary in music this summer with a part in the Codeblack Entertainment big screen adaptation of the stage play Mama, I Want to Sing! as well as the release of a new single. As you probably know by now, Mama, which also stars Ciara, Lynn Whitfield, Patti LaBelle and Ben Vereen, is the story of a young church girl who goes from the choir to the pop charts. Rizz has landed the role of the Reverend Kenneth Winter in the film, which still makes my side eye twitch, but in the tradition of Tyler Perry fare, will probably do well.

His new single, which hits radio July 1, is called "It Must Be You," and has been described as "an undeniable radio hit" by industry insiders. Not really sure if that's good or bad, but I still can't wait to hear for myself. The new track and album are a follow-up to 2006's Rizz Wa Faire, which, if you aren't a loyal fan of Tresvant, you probably weren't even aware of. This time, Ralph is doing it his way, releasing the single through his own label, Xzault Media Group, which has direct distribution deals with iTunes and other national retailers. Here's to the Summer of Ralph! [SR]