I have to admit that Kool-Aid was not a staple in my household growing up. Once in college, however, I became a Kool-Aid chemist, mixing those flavored packets of colored powder and sugar until the concoction was just right. I was always content with the Kool-Aid pitcher stumbling and crashing through walls, much like the Schlitz Malt Liquor bull, and was unaware that Kool-Aid needed any help to promote flavored sugar water. All that changed recently when Rev Run was named as the new spokesperson for Kool-Aid. Yes, this is the same man who once declared that he didn't wear Calvin Klein's because he "didn't want nobody's name on my behind." But things have changed, there are mouths to feed, cars to buy, and baby needs new shoes. To his credit, Run is agreeing to be the spokesperson to encourage kids to lead healthy, active lifestyles by helping to build more playgrounds in communities that have a lack of them. But Kool-Aid has also risen to the challenge of encouraging healthy lifestyles and is set to fortify its drink with vitamins C and E and lower the sugar content! To kids, this must sound like drinking kryptonite. I sense an upward surge on the quarter water stock over the next fiscal quarter.
Kool-Aid Announces New Products and Better-for-You Brand Direction [ADFVN] 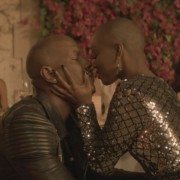 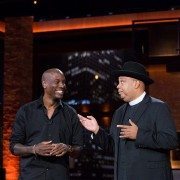 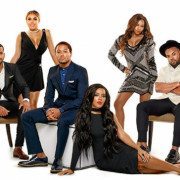 Morning Soul: Baby, I Want You To Be My Entourage

Morning Soul: You Owe It To Yourself