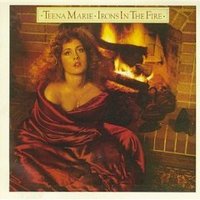 A bit of disclosure: Despite the fact that many of you will disagree with me, I actually like Teena Marie's "I Need Your Lovin'" more than party starter "Square Biz." While Miss Teena must have surely known that "Square Biz" would be a hit one year later, it's "I Need Your Lovin'" that features the "ivory queen of soul" and her beautiful musical arrangement of violins in place of background vocals so typical of disco music as well as the refrain "M-O-N-E-Y never takes the place of L-O-V-I-N." Despite much of Teena's career being attributed to the late funkster and lover of hedonistic excess, Rick James, it was Teena's persistence that secured her recording contract with Motown at seventeen years of age, and this same persistence that allowed her to produce this song, the album that features this song, and all of her work after the year this song was released in 1980. And thank heaven she did or else we would not have this song, nor the others that we still know and love up to this day. For me, this song evokes the feeling of being twirled around endlessly on the dance floor by a man who knows how to dance and late springtime breezes. Likely this song evokes similar memories for you.

Teena Marie: "I Need Your Lovin'"