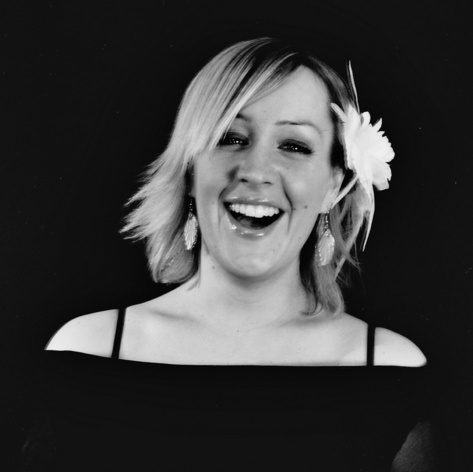 We're all well aware of the triumvirate of British blue-eyed soul singers that have a stranglehold on the people's attention right now: Amy Winehouse, Duffy and Adele. All great artists in their own right, but hardly the be all to end all when it comes to soul music coming out of the UK. For those that have yet to experience the wealth of what Britain has to offer, I'd like to invite you to open your ears and experience the soul of Alice Russell.

Alice's music is a vibrant cornucopia of funky sounds. She is a versatile singer who can flow over everything from hip hop, house, jazz, electronic or Latin beats with her strong, bluesy voice. No new jack, she's been making records since 2004 with three discs and a live DVD under her belt. In addition to her solo endeavors, she has lent her vocals to projects by others such as the Quantic Soul Orchestra and Bah Samba. I was actually introduced to Ms. Russell through her work with Bah Samba. Her version of Teena Marie's "Portuguese Love" is one of the sickest soulful house remakes I've ever heard, and she gives Teena some serious competition for the Ivory Queen of Soul crown.

Alice is currently on a mini-tour of the US and Canada through early July. This weekend will find her at Hiro Ballroom in NYC on Saturday and the legendary Bohemian Caverns in DC on Sunday, with future tour stops in Montreal, Toronto, San Francisco and LA, to name a few. Her full schedule can be found on her MySpace page. If you have yet to see Alice Russell live, then act like you know and catch her while she's on this side of the world and welcome her into yours.

Alice Russell: "Let Us Be Lovin"