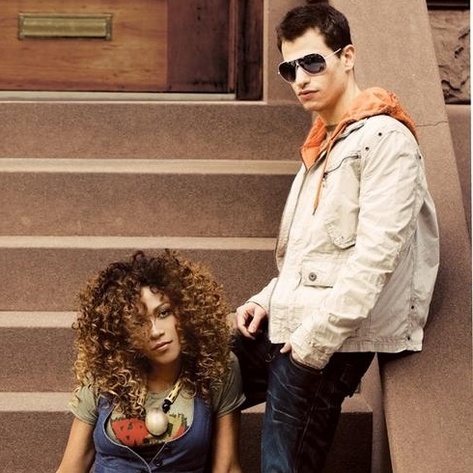 You've heard the story before. Young singer gets plucked from obscurity (or college), signs a deal with a major record company, said record company invests millions into the project, debut album gets released, one hit comes from it but not much else, and said singer gets dropped like a hot potato. Bruised but not broken, the singer returns home and kicks it on the indie scene for a decade, earning an underground following and releasing albums on their own terms. Fans of Imani Coppola may recognize this scenario as her own, but what they may not know is that the hard-to-classify singer/songwriter/violinist has decided to give mainstream success one more try. Coppola has linked up with DJ/producer Adam Pallin to create the duo Little Jackie. Partly named after the old Lisa Lisa and Cult Jam cut "Little Jackie Wants to Be a Star," it could be said that with Little Jackie, Imani is trying to become a star herself--for the second time. With the group's hot-for-the-moment throwback '60s soul-pop sound and provocative lyrics, it may just happen for her this go 'round. The Long Island native and Brooklyn resident does not hold her tongue, especially on the song "Crying to the Queen," which takes a few pointed jabs at Amy Winehouse, without naming any names. That's a ballsy move to kick a crack head when she's down, but Little Jackie is all about making bold statements. This can also be heard on their track "Black Barbie" with its hilarious video (after the bounce) that illustrates the lyrics about a Black starlet as flawed as her White counterparts. Little Jackie's music doesn't fit easily into a box, but that's part of the appeal--for me a least, perhaps you'll feel the same.

Little Jackie: "Crying to the Queen"


TAGS:  adam pallin, amy winehouse, audio, imani coppola", lisa lisa and cult jam, little jackie
Previous: Did Missy Give Her ‘Best Best’ On This Track? Next: Join Us As We Bemoan the R. Kelly Verdict!