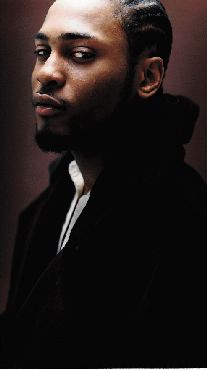 We've addressed it here before. And we stand by the fact that next week's release of D'Angelo's The Best So Far... CD/DVD retrospective isn't nearly going to cut it for a fan base that has been waiting patiently on a new disc from the cornrowed crooner for eight years. We know D's old stuff. Bring on the new. Well, apparently someone over at J Records was listening, as the first official word came out this week that a new single may mercifully finally emerge by the end of this year, with an as-yet-untitled album on tap for early 2009.

This will be D'Angelo's J Records debut, and according to sources, he's already collaborated with Raphael Saadiq and also plans to record with John Mayer for the new album. Definitely looking forward to that. A duet with labelmate Alicia Keys wouldn't hurt either. But that's just me thinking out loud. Probably makes too much sense. But you know what? I won't be greedy. At least there's news...and new stuff on the way.