He Turned an Icon Into a ‘Bust It Baby’ 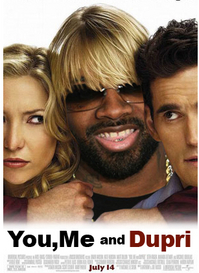 Oh snap! The claws are really coming out in Hip Hop right about now. Recently, Jermaine Dupri did a series of videos over at The Most Access bemoaning the state of the music game with an astounding lack of irony. The one that drew the most ire was the one in which he declared that the DJ is dead, because the DJ, instead of supporting and co-signing the artist, wants to be an artist himself. This pissed people off. Greg Street and Kay Slay have both responded and yanked JD's card. A common sentiment between the two of them was that he's in large part responsible for lowering the stock of Janet Jackson.

Greg Street, specifically, calls him out for putting Khia on a Janet record, and Janet on a Plies record. "You turned an icon into a 'Bust It Baby'!" he says. Janet fans came out in force earlier this week on SB, and many had a similar assertion. Two years ago, I wrote an op-ed for VIBE Online entitled "The Ghetto-ization of Damita Jo", which more or less points out the same thing. He's made her common, and while that may work for some artists, it just doesn't cut it for Penny. The whispers are no longer whispers at this point. Even figures in Hip Hop, who we'd imagine could care less about a Pop icon, agree with the fans. That's very telling.