Join Us As We Bemoan the R. Kelly Verdict! 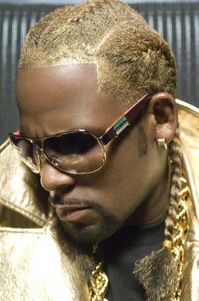 Let me tell you something, R. Kelly has been on our SH*TLIST for a hot minute here at SoulBounce. One, because he considers being wack a goal, and two, I wouldn't trust him with a goldfish let alone my daughter. With that said, imagine the collective disgust that shot throughout SBHQ when the "not guilty" verdict was revealed last week. Celebrity justice at it's finest, people! According to numerous reports, the jurors concluded that it was indeed Kelly in the video, but had some reservations about the identity of the young lady.

I have a theory: if the trial had started on time, and that girl hadn't been able to become a grandmother in the interim, they'd have no problem putting two and two together! Add to that the fact that Kelly claimed it was his brother in the video many moons ago and you have want amounts to some serious hellbound dishonesty on everyone's part. Now the "R" is free to create more ghettorific, chicken 'n watermelon, gutterbutt freak records that sound just as reprehensible and lazy as the one before it with immunity. Thanks, jury! Now all of you go jump in a lake of pee.

Video evidence that R pulled the proverbial trigger after the bounce.