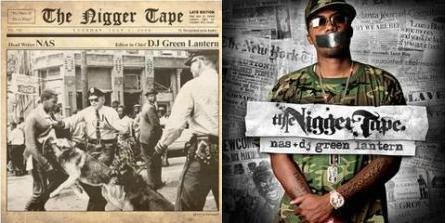 Yesterday afternoon Nas gave us a preview of the track "Black President," and by nightfall the entire song spread like wildfire through cyberspace. The first song from his The Nigger Tape mixtape with DJ Green Lantern, "Black President" is equal parts social commentary and an endorsement for Barack Obama for President. The song isn't without controversy, however. Word is that Nas and DJ Green Lantern may have jacked femcee Christina K. for her beats. After listening to both songs, it's quite evident that this is the case, but it's also crystal clear that Nas totally owns this track. Barack your body to this one.