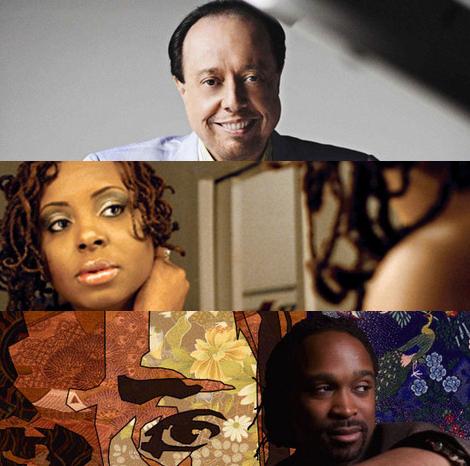 With the temperatures heating up outside, it's not as if we need anything else to make us sweat. But Sérgio Mendes and Ledisi clearly want our antiperspirants to work overtime with this DJ Spinna remix of their song "Waters of March." Brazilian superstar Mendes enlisted soul sanger Ledisi for the remake of the Antonio Carlos Jobim classic on his newly released album, Encanto. Led's album version is cool, but in Spinna's clutches, this song is taken to a funky higher level with more percussion, keys and synthesizers. It's great to hear Ledisi on another soulful house track after she lent her vocals to Miguel Migs and Petalpusher's "Breakin' It Down" a few years back. Just like that song, this is another tune perfect for dancing the long summer days away.