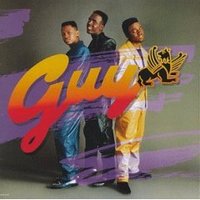 Somebody out there may disagree with the following statement, but I'm going to say it anyway: "Groove Me" changed the direction of music when it was released in 1988, a year heralded by many as the best year for music of that decade. Yes, this is a bold statement, and I'll explain why. Firstly, prior to "Groove Me" being released upon an unsuspecting public, R&B was following formulas that had been established by artists such as Rick James, Prince and Stevie Wonder who themselves had altered soul music and ultimately pop music into a form that the public greedily consumed. Case in point: After Purple Rain, came Ready For The World. The interesting thing about "Groove Me" is not that Teddy Riley, as producer, chose to reinvent the wheel. Instead, he chose to simply fuse the R&B sound that we were loving all along with some '80s-era hip hop stylings that we loved just as much, and put Aaron Hall's demanding voice on top of it. Consider this: if it weren't for "Groove Me" and Teddy Riley, there would be no Keith Sweat, no New Jack Swing, no progression to what was known as "hip hop soul" in the '90s, no Mary J. Blige, no Jodeci, and so on. Consider this as well: when Guy's self-titled album dropped, it ultimately went on to sell nearly three million albums. That meant that not only did your mother groove to it, but also your teacher, pastor and anyone else who owned a radio. Also consider this last fact, this marks Guy's second appearance on this countdown with both appearances ranking in the top 30. From the same album. We may all be a little older, but you know that save for a couple of songs, Guy's debut album is still one of the best that you've ever heard from start to finish. It was no coincidence that "Groove Me" was chosen to be this album's debut single. It still rocks to this day.