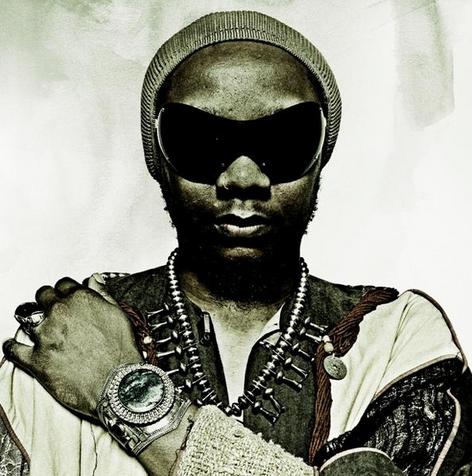 What would you get if you took Stevie Wonder's velvety vocals, the electronic soul of DJ Spinna, and the musical talent of Prince, put them all in shaker and served it on the rocks? That tasty concoction might just result in Erik Rico. This brotha right here is bad. The Los Angeles-based singer/songwriter/producer/multi-instrumentalist/DJ hails from North Carolina, but his music contains influences from all over the world. I realized this after listening to his digital releases Journey Back to Me and the EP A Higher Frequency. He tapped into reggae, bossa nova, electronica, jazz and soul to create two musical masterpieces. Although his debut Journey Back to Me was released in December '07, Rico has been on the music scene for over a decade, albeit behind the boards. Discovered by Randy Jackson (yes, he of American Idol fame), he started off at Columbia Records as an artist/producer then after two years there he decided to do his own thing and take the independent route. The list of artists who Rico has produced and/or written for runs deep: Tupac Shakur, Mystic, Ladybug Mecca, Jurassic 5. However, where he really shines is on his own material. He calls it "electrosoul," and it's a fitting description. To put it quite frankly, his music is so good it makes you get the ugly face. But don't just take my word for it, immerse yourself in the wonderment of Erik Rico on your own. Snippets can be heard on LifeNotes Music website, but they will only whet your appetite and leave you voracious for more. Trust, it happened to me. As a fitting end to Bounce-Worthy Week, I implore you to add some Erik Rico to your collection. Your ears will thank you.