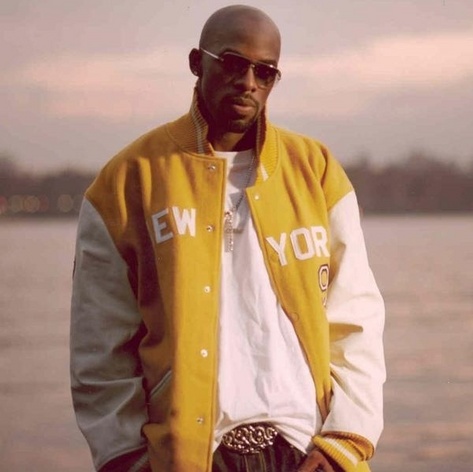 Joe is an R&B artist who, in my opinion, does not get his props in today's music game. But that's about to change if Kedar Massenburg has his way. Joe, who has now added his last name to the mix and wants to be known as Joe Thomas moving forward, is the latest singer added to Massenburg's growing roster of talent on his Kedar Entertainment label. Even better news: He has two albums scheduled to be released in the next year. The first drop will be the disc New Man coming in September with the follow up, Signature, coming right in time for Valentine's Day '09.

It's hard to believe that his first album was released 15 summers ago, but the 30-something crooner has remained on his grind despite lackluster sales of his recent releases. However, Joe hopes to change that trend with New Man, and from the leaks that have surfaced online recently, it's quite possible. The teaser track for the new set is "E.R. (Emergency Room)" and the official first single is "Why Just Be Friends." I'm diggin "E.R.," but the track that really has me open is the love song "Beautiful." Another song, "Triple Black Room," sounds more like album filler than single material, but it's not a bad song.

A few weeks ago, I attended a private party thrown by BETJ where Joe was the featured act. He sang tracks from his extensive catalog of hits and all of the women in the audience had his background vocals on lock as we sang along with him. Now that I'm hearing this new material, though, I'm kinda mad that he didn't deliver any new tunes to us, but this just means I'll have to catch him when he officially goes on tour. And if you know like I know you'll do the same.

In the meantime, give a listen to these new tracks from Mr. Thomas, and let us know which ones you're checking for in the comments.


TAGS:  audio, joe thomas, kedar massenburg
Previous: Morning Soul: Miss Us Much? Next: Thanks For Your Patience. Now Bang This.