#14: Minnie Riperton ‘Inside My Love’ 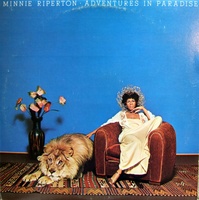 Richard Pryor once joked that Minnie Riperton's voice could bring a man to his knees (and I'm trying to say this is the nicest way possible). Minnie's voice was one honed by operatic training and sweetened like honey wine. Despite purists declaring the seventh octave worthless, Minnie lived in it, embraced it, and made it such an inseparable part of her vocal stylings that she became renowned for it. It seems particularly interesting that after Minnie, the number of pop singers capable of singing in this octave has risen as well since Mariah Carey, Christina Aguilera, and Rachelle Ferrell all possess this same talent. But no one was more capable than Minnie of describing what life would be like inside her love. When Minnie tauntingly asked "do you wanna ride inside my love?" the answer was absolutely yes, just as much then as it is now.

Minnie Riperton: "Inside My Love"


TAGS:  audio, christina aguilera", mariah carey, minnie riperton, rachelle ferrell, richard pryor
Previous: Behind the Groove with Robin Thicke Next: Morning Soul: Why Don’t We Get Together After the Dance