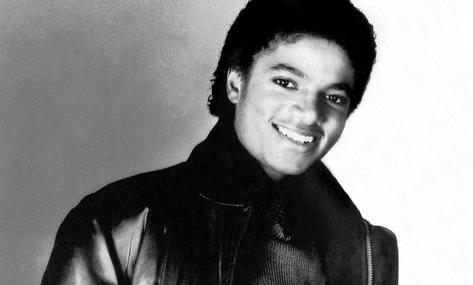 Who would you rather rock with? Michael or Janet? Oh snap! I thought we were in the middle of another Battle of the Beats, but we're actually on #3 of our top 100 R&B/Soul Songs countdown. This is my last entry so I couldn't be more thrilled that it's one of my favorite artists, a chap named Twenty-One-Year-Old Michael Jackson.

I don't take Twenty-One-Year-Old Michael Jackson lightly (no pun intended). He was able to do many things at his young age, beginning with finally defining his own sound as an adult and taking charge of his image, whereas everything that preceded the Epic release of Off The Wall was mired in all things Jackson 5. This was before the larger-than-life superstar whose every move, musical note and decision was an event. Here, in the late '70s/early '80s, he was starting to hone that thing that made Michael Jackson the Zeus of Pop music.

The second thing would be making a Disco song a #1 hit.

If Disco officially "died" on July 12, 1979, Twenty-One-Year-Old Michael Jackson didn't get the memo. "Rock With You" was released as a single in November of that year. It, along with singles from Rufus and Shalamar, occupied Billboard's Hot Soul Singles chart the first quarter of 1980--all at the #1 position with approaches that are intrinsically Disco. What separates "Rock You You" from those singles is that it almost seems to acknowledge the winding down of the era. Although still a certified rug-cutter, it was a bit more smoothed-out than even the tracks that joined it on Off The Wall. In Twenty-One-Year-Old Michael Jackson's hands, a laid-back, romantic Disco song is entirely possible and the sweat is an option, not a prerequisite.

As his ideas became more grand and elaborate, eventually enabling him to cross genres and become the only artist that mattered for much of the '80s, he would peak and top himself to the point of return. Then things went kind of bats**t after that, didn't they? But in the clip below, we see Michael as I love him the most--young and fresh but still established, insanely creative but grounded, turning Pop trends on their heads by embracing a genre that was played out while still representing R&B in a manner that only a Jackson could. This Friday, August 29, will see the emergence of Fifty-Year-Old Michael Jackson. But Fifty-Year-Old Michael Jackson could never surpass the raw genius of Twenty-One-Year-Old Michael Jackson.

Twenty-One-Year-Old Michael Jackson was The Man.