FULL DISCLOSURE: Name a Universally-Adored Soul Classic That You Hate 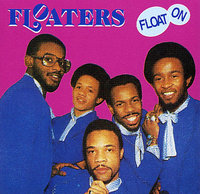 Sometimes it's useful (read: fun) to push the envelope and break tradition. We can be brutally honest at The Most Comprehensive Black Music Blog in the Internet, because (1) we're just a blog, and (2) you don't know where any of us live. So there! Recently I asked the editors of this site as well as a few close comrades to do the one thing some of us are just afraid to do as music lovers, bloggers and Black folks. The mission was to name a classic, beloved Soul song that you personally cannot stand. Yes, we went there. These blasphemous confessions begin with Fave and continue after the bounce.

"Float On" by The Floaters. I know this is a "classic" but I never really caught on to the whole "name+sign+talking" prelude to a weak bridge and even stranger hook. Are they getting high? Is that why they're floating? Where is this "Lover's Land"? Is this the kind of mack move that worked in the 70s...in the midst of Billy Dee, Isaac Hayes (RIP), Teddy Pendergrass, et al??? Show me the woman who claims to have came up off the goodies because of this song and I'll show you one helluva actress.

Ashford and Simpson's "Solid As A Rock". I know the deserving icons are known for classic formula soul pop confections, but dammit if this contrived, defensive marital declaration didn't protest too much (Is this the Defense of Marriage Act (DOMA) theme song or what???). The hooky rhythmic panting was also kinda creepy, almost as much any visuals of their marital pairing. *shudder*

"Before I Let Go" by Frankie Beverly and Maze. When this song comes on...everybody and the mama and they granmama says "oooh..das is my song!"  Maybe I hate it cause everybody likes it...but really? I dont like Frankie Beverly and them dudes...I think they are overated! When I play it at a party...it's a bathroom break!

This is the most overrated song in my opinion

"Sitting On The Dock Of The Bay" by Otis Redding. Such a lackluster song compared to his other hits. And the whistling just annoys the hell out of me, like scraping fingernails across a chalkboard annoying.

Was always her worst song, in my opinion. To me, she sounded like she was drunk when she recorded this, which was probably the effect she was going for, but still... the way she held those notes made me want to bring her up on charges for improper groping.  The whole track just sounds disjointed and even more depressing than it was meant to be.  Boo, Teena.  Boo. *dodging cyber-tomatoes*

I fiercely hate Frankie Beverly and Maze's "Before I Let Go." My god, is this song potato salad? Must it be at every Black gathering? Everytime I hear this song I feel like it's being forced upon me, like cough medicine as a child. This is such a "party's over" song to me.

Those were our picks. Are you man or woman enough to add yours? 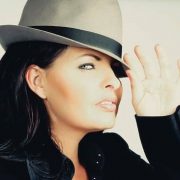 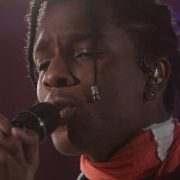