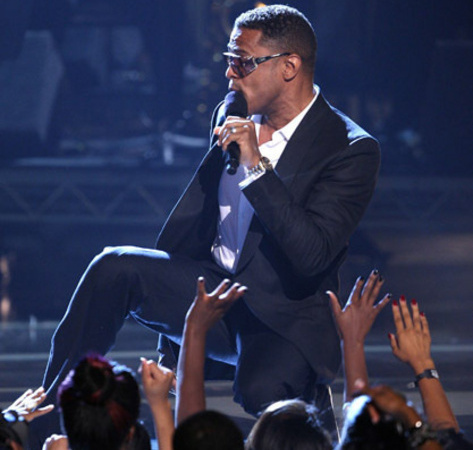 There are simply not enough abbreviations to explain the excitement housed within my tingling body after I discovered that the man, the myth, the legend of Maxwell is going to be touring in the fall. In short, we here at SoulBounce HQ have been OMFGing and WTHing all over the place. Trumped only by the possibility of a Bigfoot sighting last week, we were somewhat comforted by the following MySpace update some time ago by Sy Smith:

Not feeling the desire to have a baby on ourselves, we remained comforted by the glow still emanating from our TV screens from his unexpected BET performance earlier this summer. Needless to say, orgasms were had, but no babies.

Yesterday, we put you on to a YouTube clip of Maxy performing the lovely "This Woman's Work." But we have been duped before. There was also talk of a tour a little while ago, but we weren't convinced. Plus, does anyone else remember a Valentine's Day promise of a triple-disc CD entitled Black Summer's Night starting with Black? Mmm hmm. Us, too.
But now we can proudly announce that there are Maxwell tour dates scheduled. Does this mean that Black Summer's Night will be released soon? As of yet, there has been no official or unofficial word on that. But you can at least be comforted that he is coming. Very, very soon. Boston get ready. As of right now, you're up first.

Keep it locked on Live Nation and Ticketmaster for presumably more concert dates to be added.
Many thanks to Christina who gave us the tip.