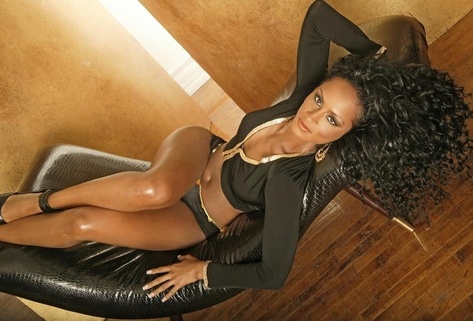 It's not unusual for musicians to take the hit song of another and put their own spin on it. Artists will take the original instrumental track, write their own lyrics to the melody and make a new song. This was most recently evidenced in Hip Hop with a "A Millie" craze that had everyone and their long lost cousin's baby daddy spitting their own bars over the Bangladesh beat in place of Lil Wayne. But it's not something that you see in Soul and R&B very often. With the exception of SoulBounce fave Anthony David, who has put his own funky twist on Estelle's "American Boy" and Ryan Leslie's "Diamond Girl," no one else is really stepping up. Enter Phaedra.

The Cambridge, Massachusetts-born songstress has taken it upon herself to sing her own version of Eric Benét's "You're the Only One," which she calls "You're the Only One (Part 2)." She switches up the lyrics to reflect a woman's point of view as she tries to get her man back. I was all set to give her the side-eye when I first came across this, but she holds her own and makes it her own in the process. Eric Benét sang the heck out of this song, but Phaedra's version is another aural treat.

And please don't let her video vixen sex appeal fool you, the woman can sing. Bounce on over to Phaedra's MySpace page to hear her rendition of Michel'le's "Something In My Heart." Not only did she dig in the crates for that one, but she did it justice to boot. The original tunes on her MySpace player aren't too bad either. She's definitely one to watch.