Tanya Blount Returns With A ‘Promise’ 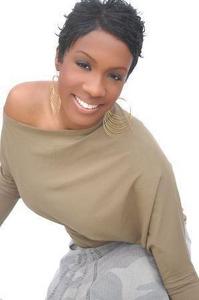 Is it possible to still have a recording career after your first and only album was released almost 15 years ago, and you haven't really been heard from since? If you ask Tanya Blount that question her answer would probably be a resounding "YES!" However, the R&B singer most widely known for her co-starring role alongside Lauryn Hill in Sister Act 2: Back in the Habit has left secular music behind. Tanya has switched lanes and is returning to the scene as a gospel artist, and her first single is the song "Promise." With its laid-back R&B feel you might mistake this for a run-of-the-mill slow jam, but don't get it twisted, this song is all about Jesus. I think that this is a good comeback track for her that will fit nicely into the modern gospel landscape. Details aren't available about Tanya's gospel album yet, but another new track of hers will also be heard in Tyler Perry's upcoming feature film The Family That Preys.

In addition to her musical endeavors, Blount spent her time away from music raising her son and released Through the Rain 40
Principles for Surviving Life's Challenges,
a book that borrows the first half of its title from her biggest hit off of her debut album. She has also been busy back in her hometown with her nonprofit organization Project Chance, which helps young girls in Prince Georges County, Maryland better their lives through education and planning.

Kudos to Tanya on her comeback and her community work. Now get into "Promise" and let us know your thoughts in the comments.

For more Tanya, check out a snippet of her and young Lauryn singing "His Eye is on The Sparrow" from Sister Act 2 after the bounce.