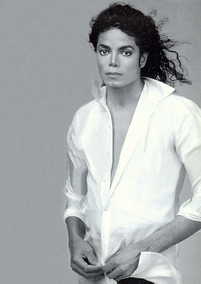 Hello, World. SoulBounce here. Much was made of Madonna turning 50 this year by the MSM (Mainstream Media) and our favorite niche blogs, but nearly no one has mentioned that Michael Jackson is turning 50 as well. What's really going on, people? Perhaps it was because Madge dropped an album this year that caused everyone to pontificate about her 50th birthday as early as January? Or maybe no one wants to find themselves listing MJ's many accomplishments only to have to balance things out with the not-so-good stuff?

Look, whatever you think of the guy, he's Michael Jackson and he's about to reach the half-century mark. He's the biggest entertainer of our time. He's broken numerous records, transcended genres, and inspires countless copycats to this day! It's kind of a big deal that he's turning 50 but we've heard nary a celebratory peep. What gives?