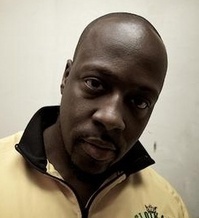 We recently reported that Wyclef Jean would be releasing a song in honor of tennis superstar Venus Williams in conjunction with her competing in the 2008 US Open this week. Well, "Venus (I'm Ready)" is now available online and after several listens it ultimately does not live up to its namesake. In fact, the parenthetical is even suspect. I don't think he was ready when penning this tribute.

Though no one can negatively judge Wyclef for wanting to express his admiration for Venus since she is one of the preeminent tennis athletes and has a story that is both exceptional and inspirational, this song is not even close to being reflective of her excellence. From lyrical laziness (we get it, her name is Venus), to confusing use of mythology (in Greek mythology Venus did not rule the universe), to haplessly acquiescing to the auto-tune pandemic, "Venus (I'm Ready)" is utterly disappointing. Even the use of young children's voices repeating the anthemic "I'm ready" seems a lackluster attempt at rousing excitement in this uninspiring song.

Listen for yourself while I go watch Williams dominate in the US Open to clear my thoughts. The sound of her smashing that ball at over 100mph and her grunts of determination are a much better sonic tribute to her excellence, anyway. Thankfully, she's always ready. And unfettered by auto-tune.

TAGS:  audio, tribute, venus williams, wyclef jean
Previous: You Know We Love Saadiq. But Do We ‘Love That Girl’? Next: #3: Michael Jackson: ‘Rock With You’