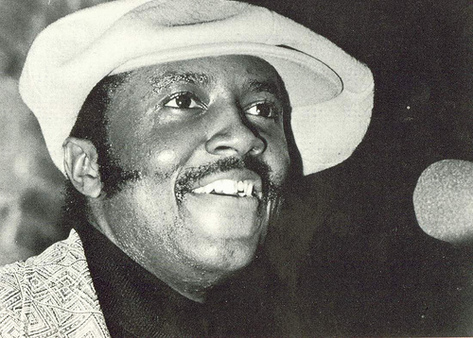 It feels strange to even label this song as a cover, although it is, originally recorded in 1970 by singer-songwriter and session musician Leon Russell. His original composition that served as a slow, pained plea of forgiveness from an estranged lover turned into a soul classic once Hathaway put his voice to it. It's no coincidence that he was able to best represent the song's pain. In fact, this song was Donny's life story put to music. From the opening piano scale, which started on a heavenly high and
descended straight to Earth and below, you knew this song was all about hurt. He'd spent most of his adulthood battling depression, battling those demons that eventually made him decide to take his own life at the tender age of 33. You feel that pain from an incredible artist that died far too soon. Through this song, even though it was recorded eight years prior, it's as if he's asking us collectively for our forgiveness.

The fact that this song is still so revered has everything to do with Donny. Everything to do with that rich voice and the way he gave us each word
as if it were going to be his last. It's the purity of it all, note for note, even while singing it live. It's the sincerity you feel each time he says "I love you." He gave it the
respect it deserved, realizing that the song wasn't about him. It was
our song, and his voice was simply the instrument through which we received it. Hearing it, or even singing it aloud, is therapeutic, easing the pain that comes with loss. It is the very definition of what a soul song should be.

So, as we wrap up this very special countdown with this very special song, we thank you for indulging us, for facing off with us, for celebrating soul every day with us. We leave you in Donny's capable hands one last time with the live version of "A Song for You." And for those who thought we showed less than the proper respect for the Queen of Soul during our five month journey, a sublime hat tip awaits after the bounce.

Donny Hathaway: "A Song for You" (Live)