Can Michael Jackson Make Another ‘Thriller’? Do We Want Him To? 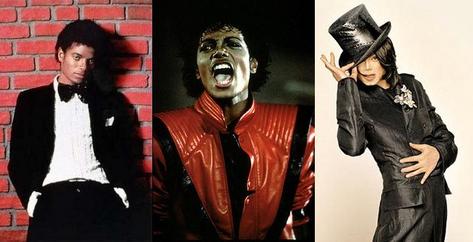 Michael Jackson is allegedly hard at work on his comeback album, which he wants to be on the same level or better than Thriller. Good luck with that, Mike, because I really don't see that happening.

I'm sorry, but Michael Jackson will be hard pressed to make an album on the same level as Thriller without enlisting any of the original talent who made that a stellar recording. With the exception of Ne-Yo,
who has submitted songs for consideration to be included on the album,
any of the other names who've been tossed around as collaborators on
the new project need to be tossed out. Will.I.Am? Nope. Akon? Hell to the nope. After hearing their underwhelming contributions to the Thriller 25 disc, they need not even be mentioned as it relates to this new album. Seriously.

If you really want to set Michael Jackson's next project off, bring back people like Rod Temperton and James Ingram to write the material, musicians such as Greg Phillinganes to play on the set and the legendary Quincy Jones to
produce it all. Those are tried and true hitmakers who make iconic
music and not just tunes to snap to in the club. If anyone can help to craft a new
MiJac album on that same level of greatness, it's those cats.

But then this begs the question: Do we want another Thriller?

Don't get me wrong, Thriller is
an excellent album, but what if Michael were to really step out on a
limb and make a straight-up R&B/soul album along the lines of Off the Wall? We've already played armchair executive producer and suggested that he revisit the smooth neo-soulish numbers that were the hardest-hitting tracks on 2001's Invincible on his next disc. Yes, Michael is the King of Pop, but I think he needs to switch lanes from pop back to soul. The man is 50 years old; he needs to reinvent himself ... again. The pop game is fickle, but real soul music is forever.

Maybe Michael will be successful in his bid to recreate that Thriller magic on his new album, but I won't be holding my breath. I'll be too busy grooving to Off the Wall and waiting for an album on that level.