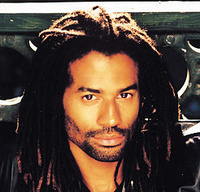 As much as we love to look forward here at SoulBounce and talk about what's now and what's next, you should know by now that we love to look back, too.
To that end, all this week I'll be diggin' in the crates for old rarities and remixes from artists who have new music on the horizon. First up is Eric Benét. His new CD Love & Life hits the deck on September 9th, with his signature mix of love songs and songs for lovers. But back in 2001 Eric funked it up a bit with the track "Love Don't Love Me" from the movie The Brothers. Although there was no soundtrack for the flick, Eric's song was wisely released as a single. And if you were like me and got into a heated bidding war with someone on eBay for an overpriced but still worth it CD single, then you may have the Australian import in your collection. One of the treats on that disc was the Artful Dodger remix of "Love Don't Love Me." Not to be confused with the Oliver Twist character or the clothing line, the Artful Dodger was a garage act out of the UK that also produced and remixed tracks by others. The Artful Dodger got hold of Benét's song and gave it that garage flavor while still maintaining its soul. Although I prefer the original, this was a noteworthy remix.

TAGS:  artful dodger", audio, eric benet
Previous: Glenn Lewis is Back for More with ‘It’s Just Like’ Next: #1: Donny Hathaway ‘A Song for You’