Janet and Label Turn a ‘Def’ Ear to One Another 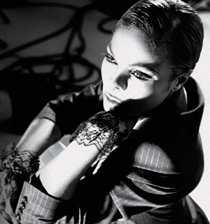 How fitting is it that Janet Jackson added LL Cool J, another Def Jam artist and one due to depart, to her tour? They should almost be calling it the "Eff Def Jam" tour, since Janet has recently revealed "I don't know what the future holds between the two of us. I can't say if we'll be working with them in the future." What, exactly, is going on in the great Towers of Def Jam? And what were Def Jam and Janet expecting from each other? To get by on reputation alone? I'll be the first to submit that it wasn't just someone that didn't do his/her job, it was everyone. Why was Discipline released so quickly after 20YO? Why were Jimmy & Terry not involved? Why was the "Feedback" video so bloody awful and why was "LUV" not released as a single/video? The execution and promotion of Discipline should be used as an example of what not to do when you want an established artist to be profitable. Love you, Penny, but that whole thing was bad business all around. [SR]